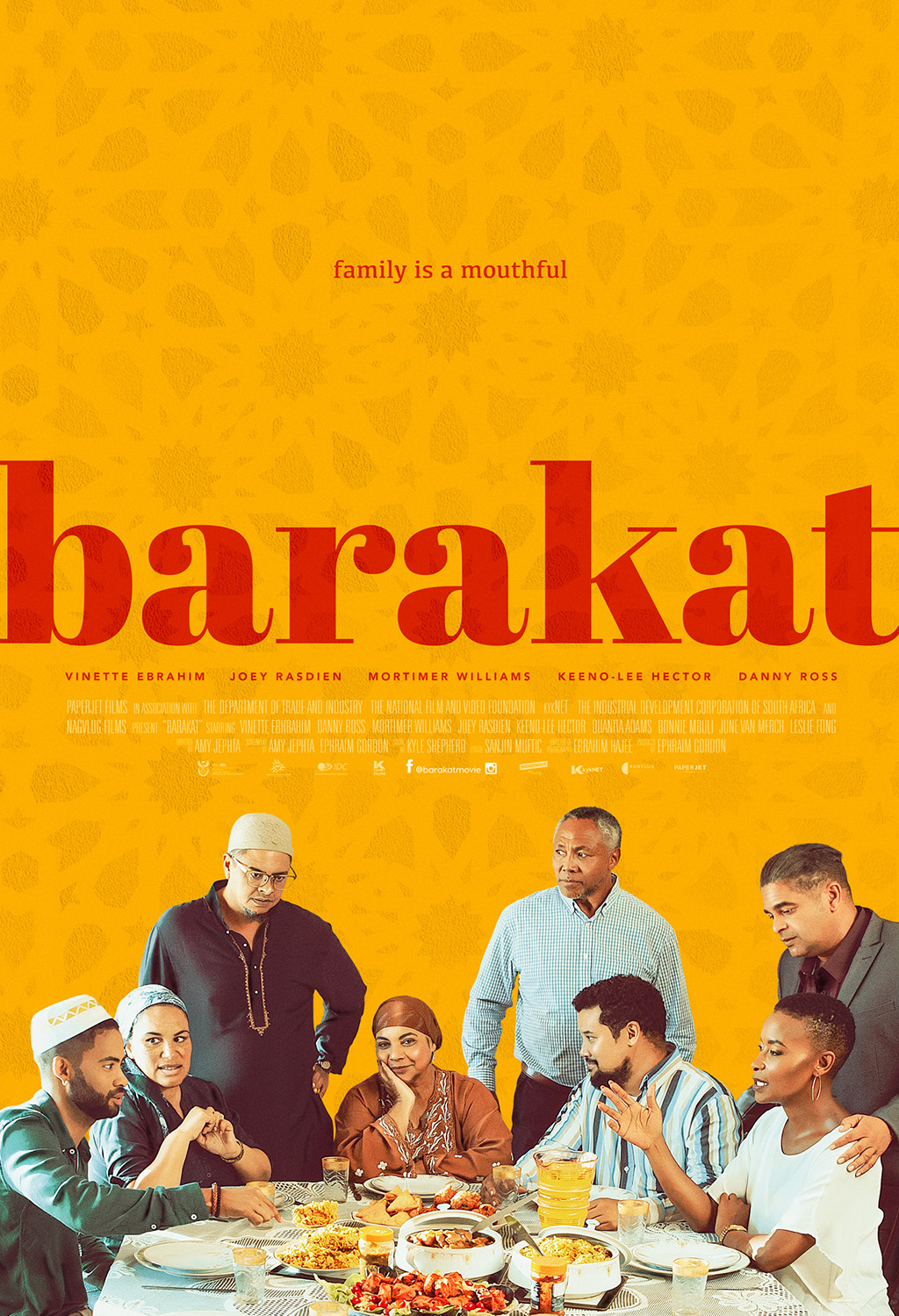 How does a family move on after the death of a father? That is the question at the heart of South Africa’s first Muslim film in Afrikaaps.

When matriarch Aisha Davids decides to accept a marriage proposal, she devises a plan to break the news to her four sons over Eid. The only problem is that the two eldest sons have been at loggerheads since their father passed away and refuse to be in the same room at the same time.

Her big reveal is spoiled when the boys hear via the grapevine about their mother’s pending nuptials and come together to voice their disapproval of the match. Now it’s up to Aisha, her fiancé, and her daughters in law to bring the sons around to her way of thinking using the one thing they can all agree on – the barakat.

Barakat, an Arabic word meaning blessings, is a story about celebrating life, culture, and the importance of family.