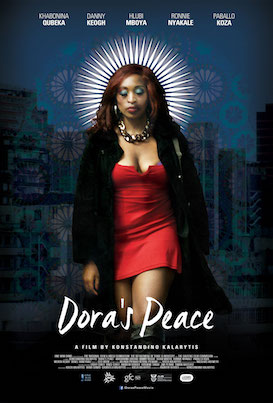 Dora is a prostitute living out a precarious existence in Hillbrow. Now in her forties, she has
seen it all. She has sold her body on the streets, has been locked-up and used by the cops,
abused and beaten by customers. But it hasn’t been all bad – when she was younger and
her asking price was a great deal higher, she was in demand. Once she had been in a
relationship with Stavro, a Greek bookie who she still sees occasionally. But now the years
are catching up, and even she knows that the life she has known for so long will soon come
to an end.
Into this solitary life comes twelve-year old Peace, a talented artist and the son of one of her
neighbours, a druggie who’s landed herself in a whole lot of trouble. Before long Dora will
be forced to make a decision – protect Peace from the bad guys or let them win, effectively
sentencing an innocent child to death.

Children have never really been a part of Dora’s life. Her mother is dead, and she is
estranged from her father, a rural Priest. There are aspects of her past that she does not
really want to revisit. She values her independence, working without a pimp or boyfriend,
and works hard at keeping herself safe. Her only ally appears to be Ravi, a Rasta-loving
Indian taxi driver with a whacked-out driving style and a wicked sense of humour.

Stavro could be another ally, but trust is something that does not come easily to Dora. She
knows the streets, understands how they work and how to make them work for her. This
time, with a young boy on the run, she may not be up to the task. But then there is Peace,
and in Dora, he sees a protector, someone who would rather die than see anything bad
happen to him.

What ensues will thrill and chill you, as Dora comes up against her hardest opponent yet –
her own truest nature.