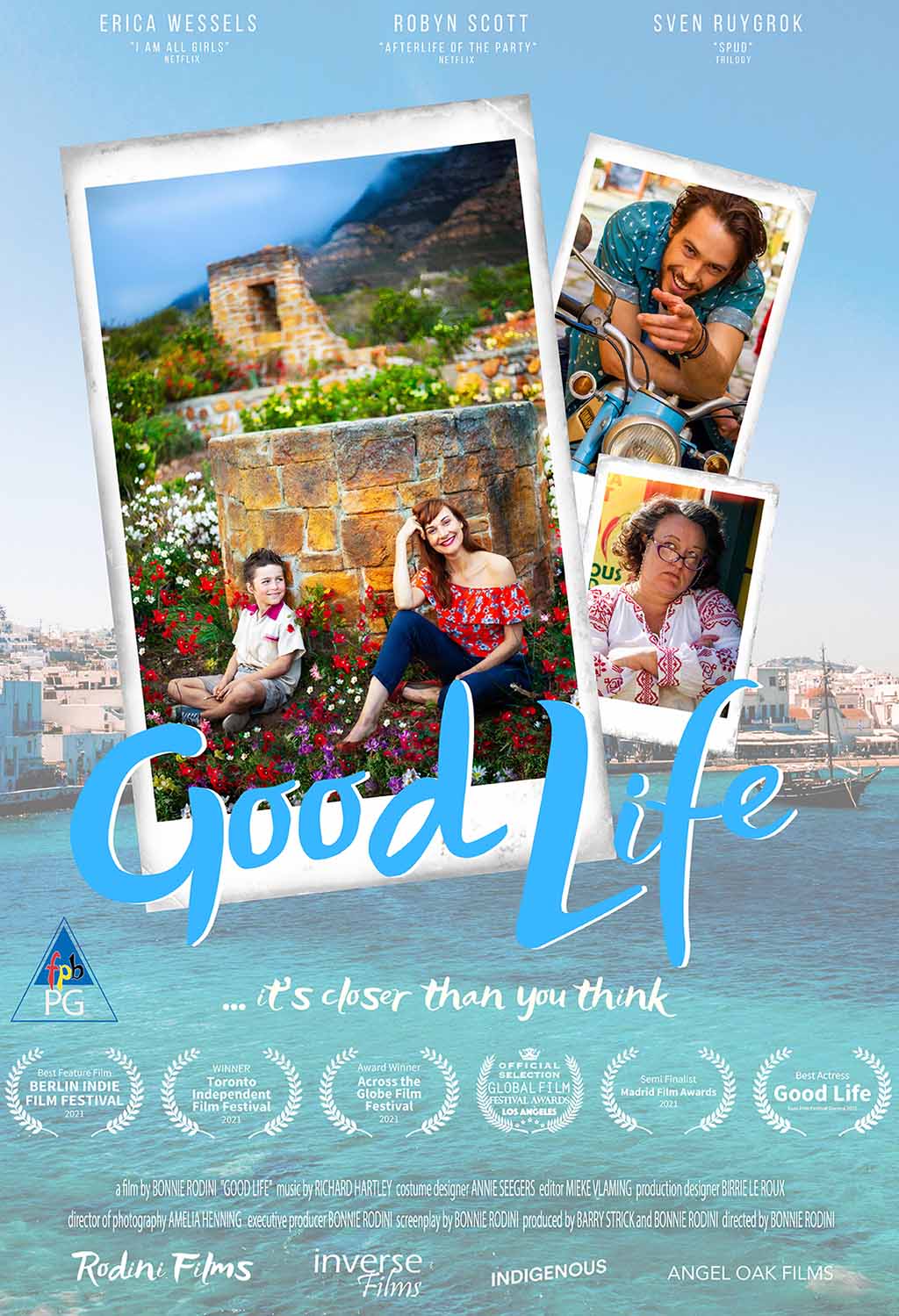 OLIVE PAPADOPOULOUS, an Oral Hygienist by day, a serial dater by night, is trying to pass the time while she waits for her EX to call her and tell her he has made a terrible mistake. Instead while having lunch with her BEST FRIEND ‘C’ and MOTHER she bumps into him and his new girlfriend.

Devastated and against her mothers will she decides to escape to Greece to recover, but finds her late fathers family house has been flattened in an earthquake and the villagers are not pleased to see her.  They refuse to give her a place to stay in the hotel and she is forced to camp down in the ruin of the house. There seems to be more to her mother’s past than she realizes. In a moment of despair Olive throws the watch, given to her by her ex, down a well steeped in history and superstition by the village.

When Olive seems to be staying, the villagers bandy together and try to make her life unbearable. Except for a nine year-old boy who comes to her rescue. JETMIR (Good Life in Albanian) becomes Olive’s guide, negotiator and friend. But all for a price. He charges her 10% commission for all his transactions.

Jet charms his way into Olive’s life. Olive saves Jet’s teeth from rotting by creating a clever ‘African’ toothbrush to lure him into brushing them. His new white teeth don’t go unnoticed by the villagers and before she knows it Olive has been set up in the barbershop cleaning all their teeth. She also sets about restoring her mother’s house much to the horror of the local pharmacists wife, HAROULA.

After a nasty confrontation in the pharmacy with Haroula, Olive goes on a drinking binge with the village lover-boy, NIKOS. Their relationship blossoms under the jealous eye of Jetmir. Trying to win Olive’s affections back, Jet falls down the haunted well in an attempt to recover Olive’s watch. Olive is the first to notice his absence and leads the village in bold attempt to rescue him.

At the bedside of the seriously injured Jet, Olive realizes that he may not survive and is forced to deal with the death of her father. After a night spent at the hospital she returns to her mother’s house only to be confronted by a Greek official who presents her with a fine for trying to rebuild the house without permission.

When things can’t get any worse 2 figures appear over the horizon. ATHENA and C have come to find her and bring her home.  Olive realizes she does have a family, although not traditional one, and that love comes in many different forms.