Jimmy in pienk
In Cinemas: 16 August 2013
Directed by: Hanneke Schutte 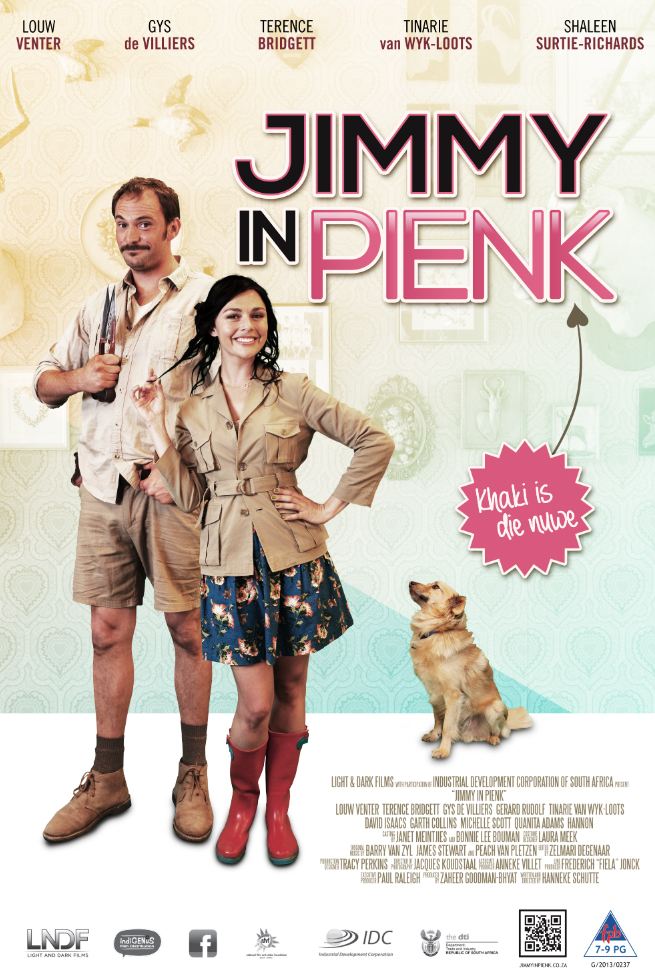 ‘Jimmy in Pienk’ is a quirky comedy about Jimmy Bester, a rugged seventh generation mielie farmer who can give an accurate five-day weather forecast by simply sniffing the wind. He lives out his creative impulses by shearing sheep on the neighbouring farms – something he has to hide from his father who believes that “men are not creative”.

When Jimmy’s father suddenly dies in a freak accident, he is confronted by two menacing (and comedic) loan sharks who come to collect what his father owes. While packing his father’s things, a distraught Jimmy discovers that his father had a twin brother, who was exiled from the farm for being gay. Fred is now a multi- billionaire and hair product tycoon based in Cape Town.

For the first time in his life Jimmy gathers the courage to leave his home and travel to Cape Town to seek help from his uncle, but Fred has a bitter grudge against the Bester family and he hatches a plan to exact revenge on the family that spurned him.

He convinces Jimmy to enter his reality TV show, “SA’s Next Super Stylist”. If Jimmy wins the competition, he can take home the prize money and save his family. With no experience in hairdressing, Jimmy knows that he is likely to fail, but he is willing to risk becoming a laughing stock if it offers him even just the slightest chance at saving his family. Under the fabulous tutelage of Bunny, his gay hair guru, Jimmy sets out to master the art of hairdressing and becoming a metro-sexual man.

With the final of the competition around the corner and the loan sharks’ deadline looming, can an honest country boy like Jimmy keep up an elaborate lie, or will the urge to be himself sabotage his chances at winning the contest and saving his beloved farm?