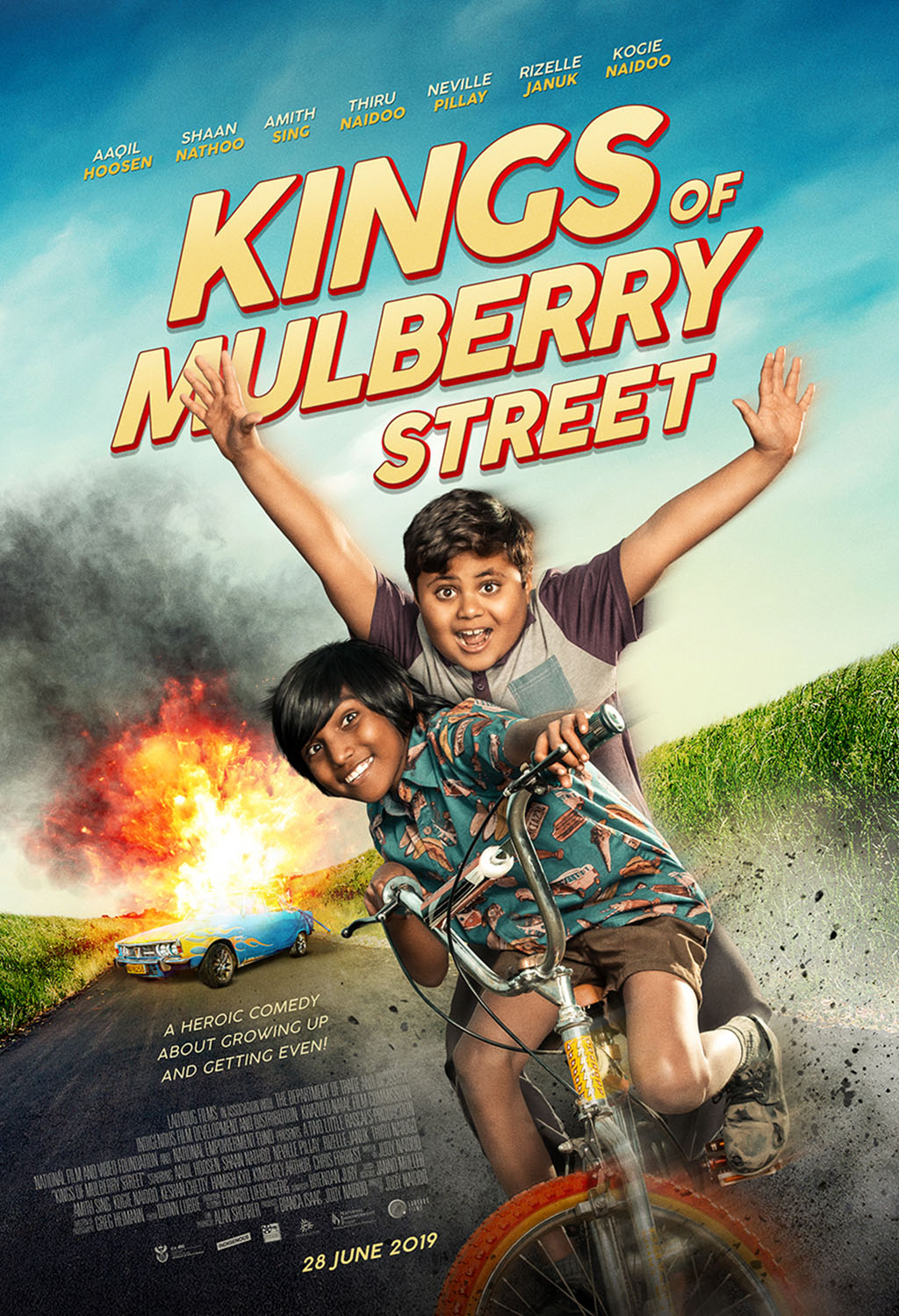 In the late ‘80s, in Sugarhill District, two young KZN boys must find a way to overcome their differences and unite to defeat the bullying local crime lord who’s threatening their families.

Once in a lifetime comes a story of true greatness, such as the epic tale of Baboo and his best friend Ticky.

Set in the early 80s, the charming and hilarious ‘Kings of Mulberry Street’ tells the story of two young Indian boys who have to find a way to overcome their differences and unite, in order to defeat the bullying local crime lord who’s threatening their families. A marvellous adventure, with universal themes that will appeal to the whole family, the film also pays tribute to classic Bollywood movies and their heroes.

Feisty Ticky Chetty is a skinny kid who enjoys the outdoors, is creative and energetic, and has tons of street smarts. He lives in a Bollywood dream world where he’s an unbeatable action hero, and rooftops are his kingdom. He is looking for a partner in crime and sees a trainee in Baboo. Chubbier than and more bookish that Ticky, Baboo is equally imaginative and spirited. These two nine-year-old misfits decide to rid their community of the evil crime boss Raja, and they soon discover that they have lots to learn from each other.

The film brings together the rich and colourful world of the Indian community in the 80s as well as Bollywood cinema and songs from that era, in a tale that peers into the past through the prism of the present.