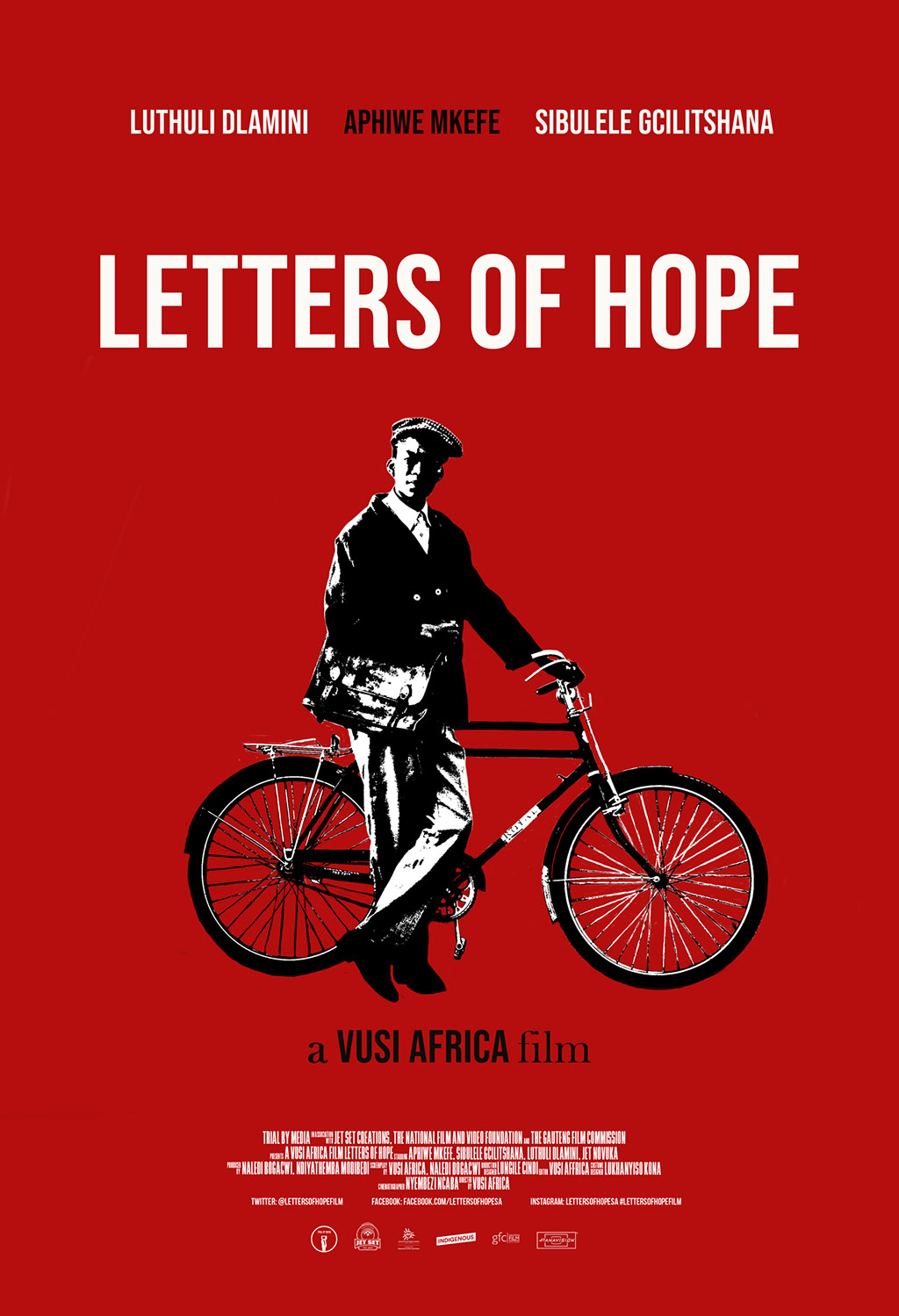 Set in 1976 apartheid South Africa, Letters of Hope tell the story of 16-year-old Jeremiah, who really wants to be a policeman and can’t understand why his father won’t let him. His father is the local postman and expects Jeremiah to follow in his footsteps.

When his father is killed, Jeremiah discovers that his father was operating a secret courier service that delivered letters from freedom fighters in exile and prison. Will Jeremiah step up to take over from where his father left off – delivering letters of hope to their families?

The film won the award for ‘Artistic Bravery’ at the recent Durban International Film Festival.