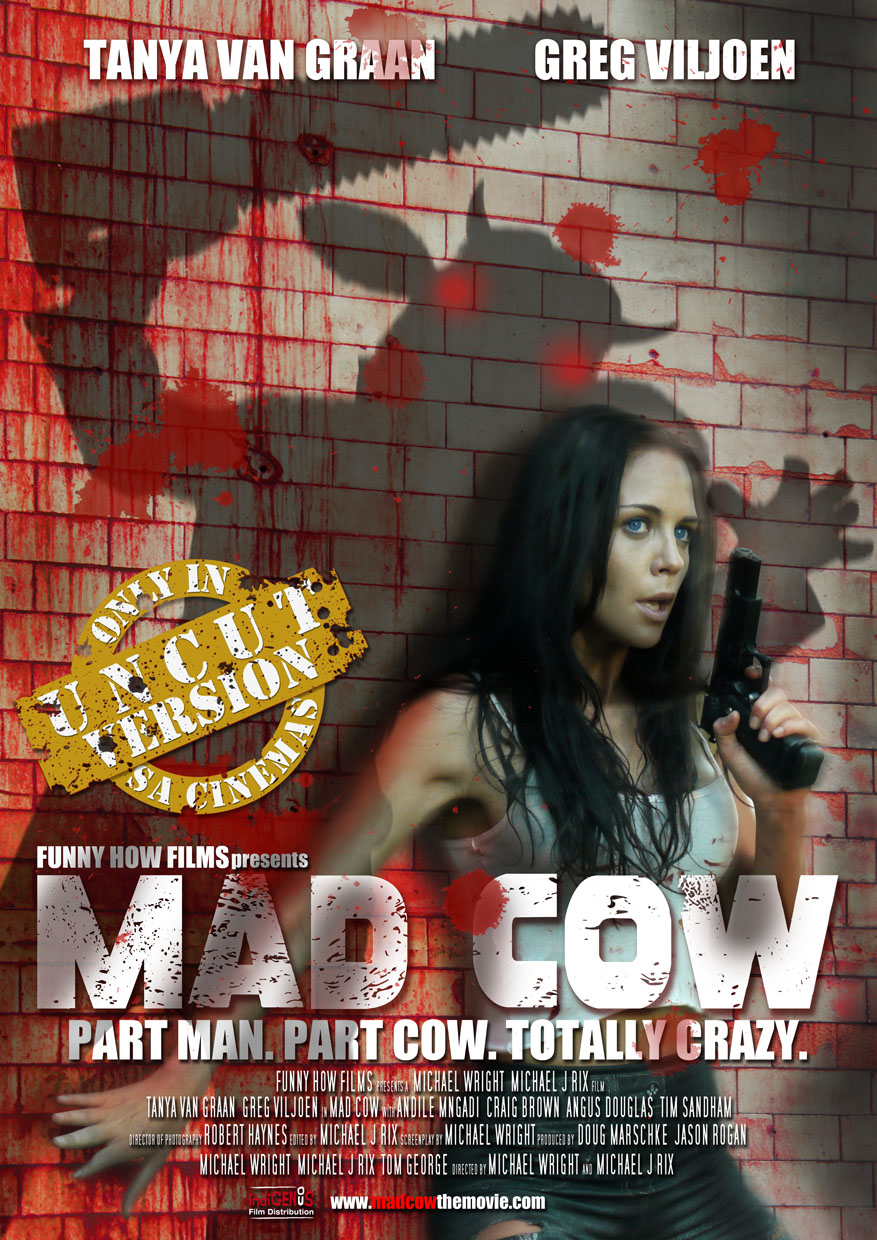 Deep in the African Bush, a crazed scientist has stolen the body of a super-human android from a top secret military research base with the not-exactly-original plan of world domination. But finding the body he has stolen has no head, he grabs the nearest thing he can find, a cow’s head from a butcher’s fridge and puts the two together – Mad Cow is born!

Wielding a chainsaw, the Mad Cow goes on the rampage around the Boerewors Game Lodge, leaving a trail of bad special effects in his wake.

Enter undercover cop Vince Chopper, who together with vegetarian-waitress-turned-weapons-expert Charlize, does battle with Mad Cow in a series of off-the-wall action-packed set pieces.

They defeat the monster, find romance and have a braai – (South African barbeque) but prepare yourself for a series of increasingly off the wall twists, as it’s never over when you think it’s over….