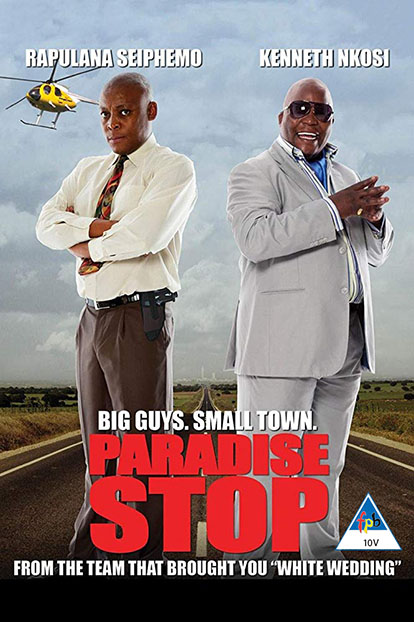 This is the story of two friends who live their lives on opposite sides of the law. Potso will only drive if the light is green. Ben (Kenneth Nkosi), on the other hand, will go when it suits him.

In any one month thousands of cargo-carrying 16-wheeler trucks move freight north, bound out of South Africa to Zimbabwe and further into the heart of the continent. Near the N1 freeway that li, outside a small town, truck stop Paradise Stop, complete with bar, restaurant, and ladies of the night. Ben maintains that he is a legitimate businessman and his establishment is as sharp and clean as one of his suits. However, round the back and under the table there are all kinds of shady deals taking place at this meeting point. Paradise Stop is well known as a hangout for little thing like the law get in the way of his own needs or those of his customers.

Ben has a happy marriage and a thriving family. His wife, Goodness (Charmaine Kwenyane), knows that he has a shady past in Johannesburg. She was there, and that was in fact where she met him. But Goodness believes that Ben has cleaned up his act. She would kill him if she knew that he was involved in any dodgy dealings today.

Potso is struggling to keep his crumbling marriage from falling apart altogether, whilst fighting a losing battle against crime and corruption at work.

The delicate balance of things is upset when from his murky Johannesburg past, shows up in town. The series of heists that ensues pits former friends, Ben and Potso, against one another and put everything in the wrong, but when the General threatens Goodness and the children, Ben and Potso have to join forces to protect what really matters to them.

The film is peopled with a cast of eccentric characters who find themselves washed up in this remote town an arrogant mayor, a spirited small-an easily beguiled desk sergeant, a simple minded swimming pool maintenance man, and a feisty, sexy security investigator who all become embroiled in a madcap comedy-thriller of errors.

Paradise Stop, like White Wedding, is a captivating film with a great sense of humour. It offers an acute but affectionate look into the vibrant ups and downs of life in present day South Africa.