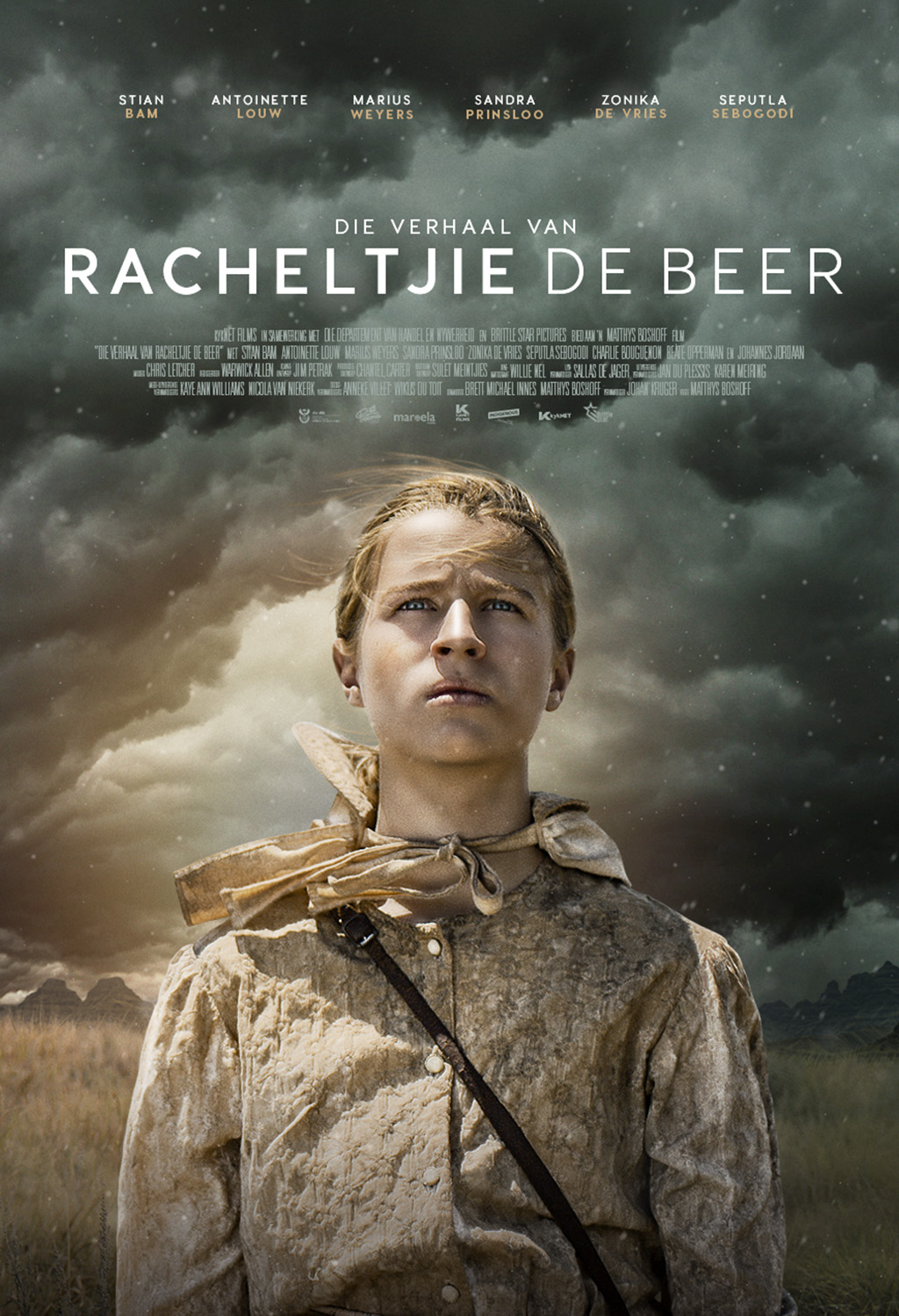 Five years after their mother has passed away, the De Beer children – 12-year-old Racheltjie and 5-year-old Jamie – find themselves on the road to the gold fields of the Witwatersrand with their father Herman, who is hoping to start a new life there.

When their ox wagon is damaged, they take shelter on a farm in the mountainous region of the Eastern Free State, with the Lundt family – George, Jacoba and their daughter Sara. A cold front is on the way and George cautions Herman to remain at the farm until the snow has cleared before resuming their journey.

To repay the family for the food and shelter they provide, Herman helps George to repair a damaged stone kraal. The De Beers start to settle into life on the farm, and then Racheltjie remembers that Good Friday – the anniversary of her mother’s death – is just around the corner.

Good Friday arrives and later that evening Racheltjie, Jamie and Sara slip out of the house to go and commemorate the death of the siblings’ mother. Herman, who is very much against being reminded of the anniversary of Marie’s death, catches them out and, after losing his temper, decides that they will resume their journey as soon as possible.

The following morning, as Herman is readying to leave the farm, they realise that Jamie’s pet calf has gone missing. He leaves the children inside and sets off to continue repairing the wagon. The weather becomes worse and dark storm clouds gather. Herman realises he has no choice but to put his travel plans on hold.

He returns to the farmhouse just as Racheltjie discovers that Jamie has sneaked out of the house to go searching for his calf. The sun has set, and a search party is sent out to look for the boy while Racheltjie stays at home in case he returns.

As the first snowflakes fall, Racheltjie realises that Jamie has most probably gone to the anthill where they had found the little calf wandering earlier in the week. With no-one to tell and the storm becoming stronger by the minute, she takes a lantern and sets out into the bitter wind and snow to search for her little brother.

Racheltjie finds him at the anthill but the heavy snow and darkness make it impossible for the two children to try to find their way home. She has to make a choice: will they both lose their lives or can one of them survive? She makes a brave decision, one that will turn her into a heroine.

The next morning, Herman finds Racheltjie’s naked, frozen body at the entrance to the anthill. He pulls her lifeless form towards him and finds Jamie, dressed in her warm clothing and nestled inside the anthill. He survived the night and is safe and sound thanks to her ultimate sacrifice.