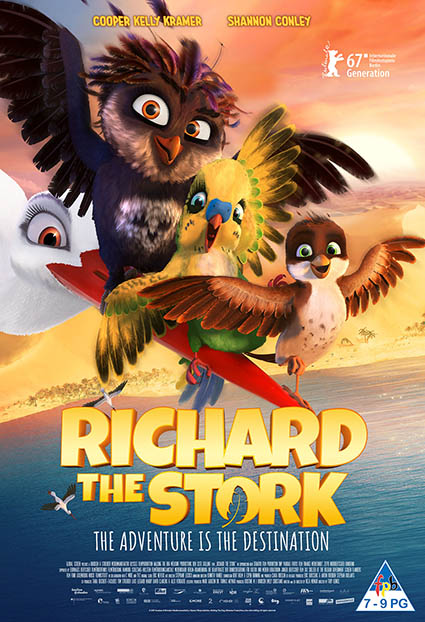 Orphaned as a chick when his parents are cruelly taken by a cat, Richard the sparrow (voiced by Cooper Kelly Kramer) is adopted by a family of hoity-toity bourgeois storks. despite the protestations of patriarch Claudius (voiced by Jonathan Todd Ross).

Richard believes he is one of them. But when the time comes for their annual migration to Africa, his stork family is forced to reveal his true identity and leave him behind in the forest, since he is not a migratory bird and would not survive the long arduous journey. This comes as a shock to Richard.