Sew the Winter to My Skin 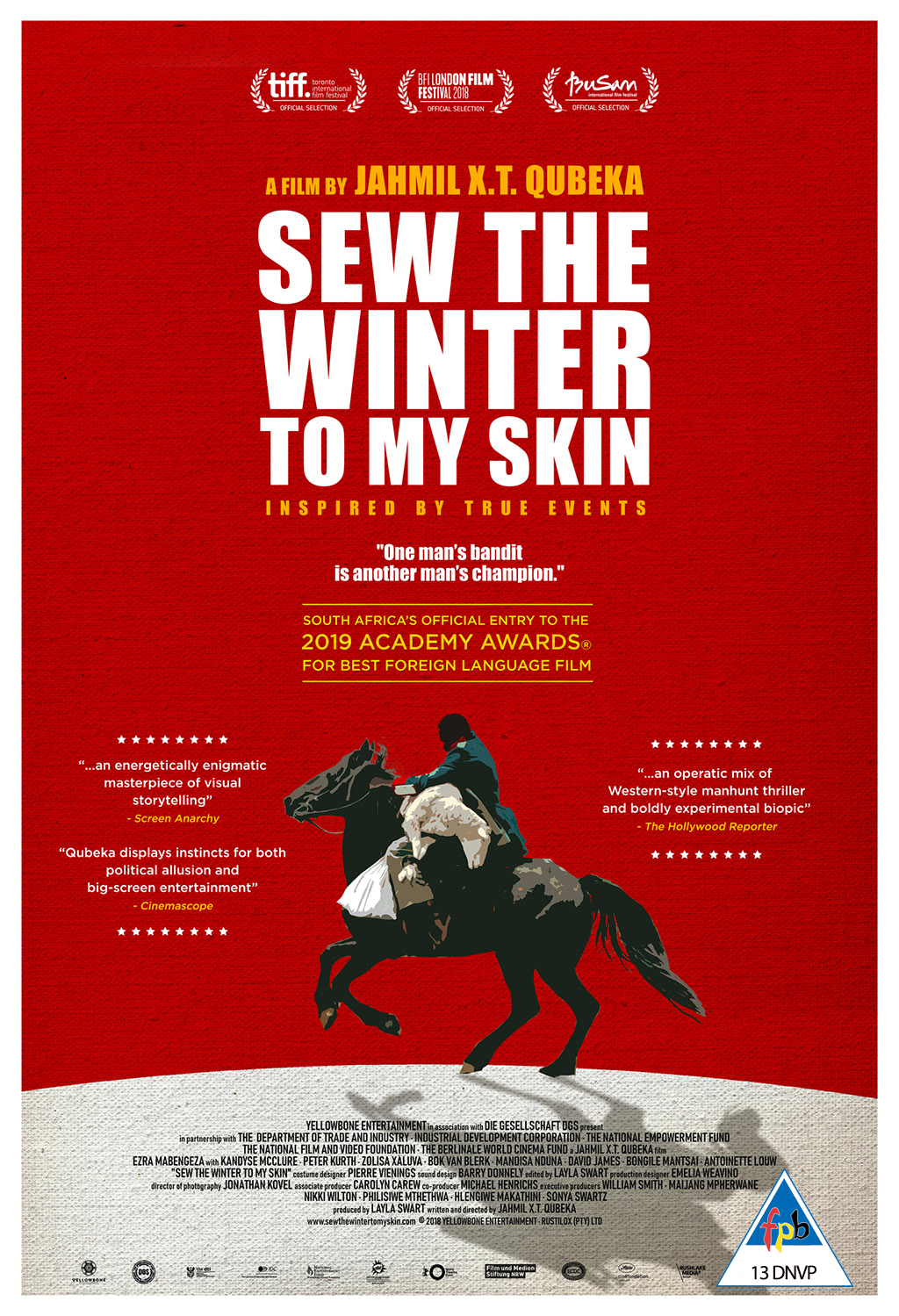 Set in South Africa’s rural Great-Karoo region in the 1950’s this epic existential-adventure film chronicles the exploits of the outlaw John Kepe and the various individuals his escapades affected. This Robin-hood-esque figure would steal primarily livestock from the white settler farmers, terrorizing them for over a decade. Led by the hardliner General Botha, a mammoth manhunt ensues in the very mountain where Kepe was rumoured to occupy a Noah’s Ark like cave. This spectacle ingratiated Kepe in the hearts of the marginalized indigenous-population who turn Kepe’s miscreant deeds into the stuff of legend making him a threat to the very fabric of the colonial society. Sew the Winter to my Skin is a thrilling, operatic ride into the heart of Pre-Apartheid South Africa and is a visceral exploration of the effects of the colonial displacement that sewed the seeds for one of the most viciously racist, political regimes in history.
Media queries
Production notes
Movie Poster Download
Trailer Download