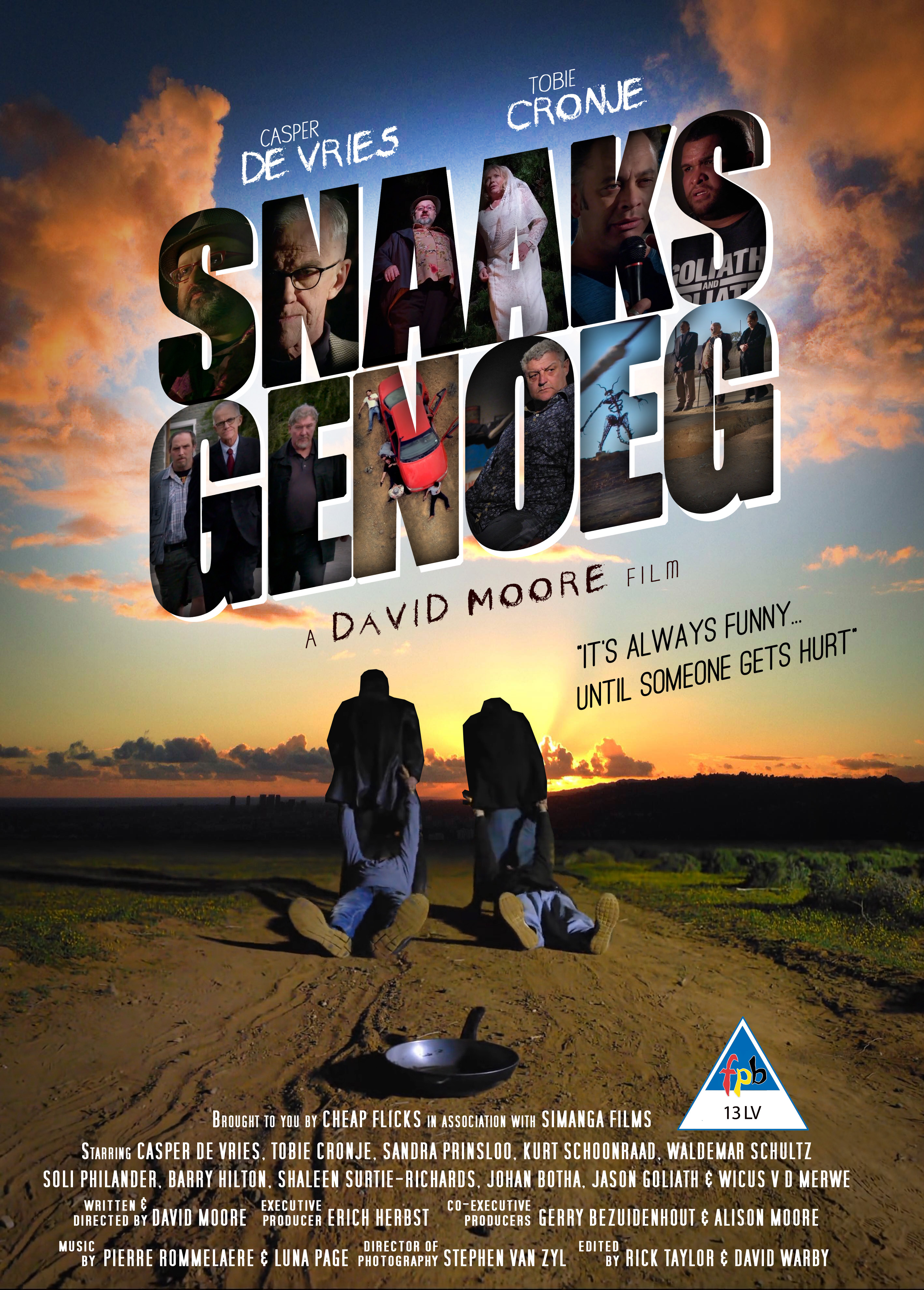 Snaaks Genoeg (Funny Enough) is an entertaining and poignant dark comedy, which explores the pain inflicted by humour on the average human being.

The film, an original piece written and directed by David Moore, follows a down-and-out comedian (Casper de Vries) who drifts from one small town to another. Having alienated his audience with his crude comments and dirty humours, his popularity has faded. He hits the road fighting not only for survival, but also to find the spark he once had. He has been reduced to doing shows in small towns and working for food and accommodation. As he drifts from remote location to remote location, successful comedians are being kidnapped, tortured and murdered in bizarre ways, and he seems to be riding right into the centre of this storm.

The murders and kidnappings are in fact being orchestrated by a genius lawyer, Koos van der Merwe (Tobie Cronje), who gets criminals off their charges in exchange for “sorting out” comedians who offend him and his family name. De Vries has some strange experiences along his journey, some hard and some less so, and all help to make him look at himself and start to re-invent his persona.

In the end, De Vries and Cronje come head-to-head in a somewhat unexpected finale.