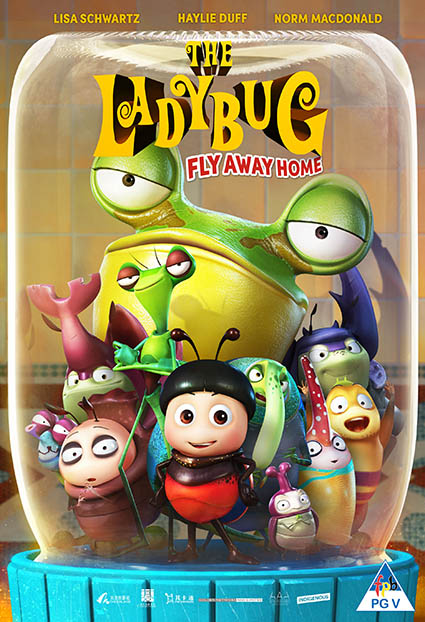 Seven-spotted ladybug Ruby lives in a glass cage inside a greenhouse inside a glassy laboratory. He longs for legendary bug utopia Golden Canyon. When he helps dragonfly Master Dan escape wasp guards that have chased him into the laboratory, he accepts the suggestion to travel together.

But Master Dan has no intention of going to Golden Canyon, and abandons Ruby. At a nearby pond, a frog king nearly swallows Master Dan whole! Ruby comes to his rescue, his parrying making the frog’s lashing tongue become knotted in water reeds. When Ruby sets him free, the frog sends his royal guards to escort them to a giant bird that flies over Golden Canyon.